Bill Bellamy was born on April 7, 1965 in Newark, New Jersey. He majored in economics at Rutgers University, which is where he first began performing stand up. Bellamy perfected his stage presence and routine at small comedy clubs throughout the country before making his way to more well known stages such as The Improv, The Comic Strip, and The Comedy Store in Los Angeles. Bellamy’s biggest break came when he appeared on Russell Simmons’s Def Comedy Jam. During this infamous performance, Bellay coined the phrase “booty call,” which became the name of his first comedy special on Showtime. Bill Bellamy now also hosts his own show by the name of “Bill Bellamy’s Who’s Got Jokes.” This popular show is now in its 4th season. He is also the executive producer. During his career with MTV, Bellamy was a popular VJ for several MTV shows including MTV Beach House and... 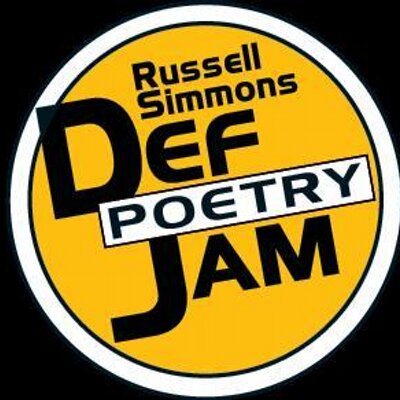 Def Poetry Jam, also known as Russell Simmons Presents Def Poetry, was a spoken poetry show that aired on HBO from 2002 to 2007. Created by Deborah Pointer, Bruce George, Danny Simmons, Russell Simmons, and Stan Lathan, the show was an excellent way for both amateur and wannabe spoken word poets to showcase their talent. The series also featured performances by famous musicians and actors. Each episode of Def Poetry Jam ended with a word of thanks by Russell Simmons. Viewers enjoyed the work of famous, talented poets including Nikki Giovanni, Sonya Sanchez, The Last Poets, and Amiri Baraka. Def Poetry Jam was never technically considered as a poetry slam per se, but it did have a great influence on the same movement. Most artists who did well on the show also excelled at slams and many continue to write slam poems and perform in poetry slams to this day....